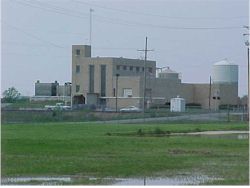 A public water supply system that is safe and adequate to meet the needs of the city has been a responsibility of the City of Marshall since 1903. Prior to 1885, Marshall received its water from private wells. In 1885, Dr. J. R. Hall and Edward Page organized and established a public water supply system. This served the city until 1901 when a group of citizens charged that the existing water service had been inadequate to meet several emergencies, including a major fire, that occurred that year.

The existing system was bought and run by the City Council from 1903 until 1914 when the Board of Public Works was established. The Water Treatment plant was constructed northwest of Marshall in 1946 with three wells. The plant has undergone two expansions, including the addition of seven wells.