The original ordinance establishing a sewer system was dated September 11, 1886. Three classes of sewers were provided for: Public, District, and Private. These served the City until 1927 when a study determined that about 29% of the total population was without sewers. This study warned of the constant menace of disease under these conditions and reported on 9 cases of typhoid directly attributed to the dangerous sanitary conditions. 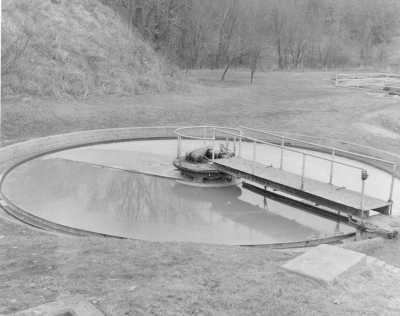 The proposal was to construct lateral sewers leading to two main pumping stations -- South and East -- both with Force and Gravity Mains complete with outfall sewers and disposal plant. The total project was estimated at $168,500 to be paid for by tax bills and general obligation bonds. 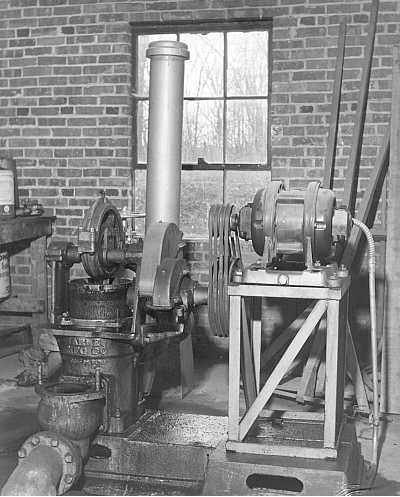 These pumping stations were operated by the City until 1970-71 when a new plant was built on Watermill Road on a site that allowed for doubling the plant's capacity should it become necessary. That plant was designed with a capacity of 3.88 million gallons per day. The total construction cost was approximately $1,951,000. At that time, the City deeded the operation of the Wastewater Plant to Municipal Utilities. Robert Hayob became the first Wastewater Superintendent named by the Board of Public Works. 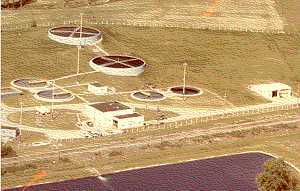 Our laboratory was updated to its current location in 1992 and is utilized for testing the quality of both influent and effluent flows. The different plant processes also are tested every day to track plant efficiency. The treatment plant went through a major upgrade that was completed in 1993. This included the purchase of some adjacent land with a house on it, which is now used for storage. The plant now has a 7-million-gallon capacity, but only averages around 3.5 million gallons per day.